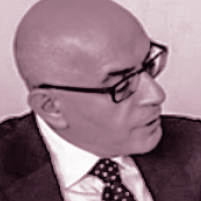 Creative industry is a 21st-century concept. First, we talked about the Information Age. Later, the Information Age became the Information Industry. A program at Harvard some ten years ago examined how to survive culturally in the 21st century and later published a book that offered three pieces of advice to new generations on how to adapt to the 21st century. The first was to learn English, the lingua franca of the world today. Professional weakness matters less if you speak English. That is, even if you’re at the top of your profession, you’ll have a hard time unless you speak English. Two, be IT-literate. Know how to make full use of computers rather than use them simply as a typewriter or for simple tasks. That knowledge could open new doors. Three, learn mathematics, and by that they mean acquiring analytical thinking skills, not memorizing trigonometric formulas. Today, knowledge of algorithms has become even more important than learning math. Even the social sciences are using algorithms to advance knowledge. We now live in an age of digital social sciences, so let’s approach creative industries from this angle.

We have to accept that we live in a brand new era. The climate has changed, but we are still struggling to accept that it has changed, because it impacts how we perceive the world. The world has long since changed from the one we knew, the one we grew up in, but because traces of that traditional world continue to exist, we think it still survives. The world has changed enormously, and it’s because of the creative industries.

Today creative industries even include IT; consequently, new media design and production are fields in their own right. And there are countless others that may not immediately spring to mind but fall under the heading of the information industry. The most valuable concepts in the world today are information and creativity. All you need to possess is creative thinking. When we speak of the creative industry, some people include Uber and others GoPass, a product that gives users admission to cultural events throughout the Americas. I think this leads us to the most important topic of 21st-century culture. It’s no longer possible to give direction to a society’s cultural production if you focus solely on classical culture, rhetoric culture, or culture formed by literature or the theater. Creative industries raise their own capital, create their own opportunities, and develop brand new horizons in the areas of human resources and education planning. That’s why planning the development of creative industries is as important as everything else we’ve discussed so far. Talent was once concentrated in literature, and in the 20th century it moved to the cinema. Today, talent heads toward IT, contemporary art, and design. No longer can we consider IT and design as fields that exist outside culture and the culture industry. The development of new methodologies to meet the needs of the entertainment industry, like 3-D animation, is enough to show just how important the creative industries are. Turkey must plan for the creative industries in its education and higher education systems without delay. It’s not something that’s going to be achieved by making sure every school has this or that department. It all needs planning. When you look at the technology–ideology axis, there is no ideological structure with the capacity to resist pressure from the new. Whether we recognize it or not, new technologies have created a new type of human being, a new culture. One that’s impossible to ignore. The entertainment industry is in contact with this world, but what’s more important is that organized cultural education is turning toward this world as well. Creative industries are developing opportunities that are independent and very different from familiar traditional production methods. Education systems also need to be prepared to respond to that cultural approach. 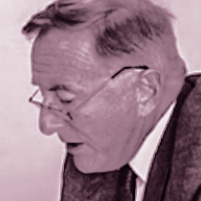 What can we say about cultural promotion? Culture is often used to promote our country, and this approach is hardly disputable given that our greatest assets are our cultural heritage and diversity. That said, we don’t make as much use of our contemporary art production or design to represent our country as we do of our arts and crafts. Yet the importance of contemporary arts and design in promoting our country and especially our cities internationally has been demonstrated of late, and quite strikingly, too. The 2015 Istanbul Biennial resonated around the world, and our 2017 Biennial did no less. Praise for the Third Istanbul Design Biennial in 2016 made headlines in the arts and design sections of world media. We’ve participated in three biennials in Venice in our own pavilion, two in architecture and one in contemporary art, and placed among the top exhibitors each time. The Turkish entry at the inaugural London Design Biennial in 2016 drew considerable interest among entries from 33 participating countries. These experiences demonstrate how valuable contemporary art and design can be in promoting not just the dynamic art environment in our country but also Istanbul itself and Turkey as a whole. Endlessly restricting oneself to traditional domains can be unproductive. It’s very important that we first appreciate the interdisciplinary nature of contemporary art and its power to transcend borders, then create the infrastructure to support and encourage contemporary art and young artists. 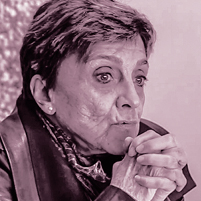 But there’s a problem that’s been quite important for a very long time, one we all know well: The Ministry of Foreign Affairs has cultural departments in embassies, but what do they exhibit abroad? Only old stuff, or stuff that complies with official ideologies. And no one takes the slightest interest. That’s not all. Take the exhibition the Central Bank was planning to open in Berlin recently of its own collection of modern art. It was due to open on our independence day, the 29th of October. But the exhibition was cancelled for “lack of funding.” I suspect it was to avoid drawing attention to Republic Day. And it wasn’t going to be an expensive exhibition either. All this not only deeply damages our image but also hinders any effort to promote Turkey as a modern country. The end result is dwindling interest in Turkish art and artists. 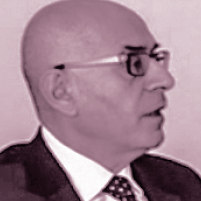 Journalist Andrew Finkel told me an anecdote that he may well have written about, too. He was visiting a city in Russia, well before the Berlin wall came down. It was a wretched place at the time: no stores, no shops, nothing. The elevator operator of the hotel he was staying in was reading a certain book. Andrew Finkel said to himself: “If the public can read this book, this regime cannot survive for much longer.” Clearly, public awareness had transcended the regime, a situation that presents a major conflict for nation states. They want to subdue public awareness, suppress it under their own concept of governance, contain it, and even mold it. That’s the crux of state theory.

I have worked in culture-related areas for both government and the private sector, and I am associated with this field through the university. I served as the artistic director of the Europalia Festival in Belgium in 2015. What I came to recognize is that there is an unbridgeable gulf between government and these fields of production in Turkey. I’ve observed similar conflicts in France and America, not to mention problems between Europalia and the Belgian government, but all of these conflicts were on a different level. The problem in Turkey is insurmountable, in my view. Go back to Finkel’s example: What the public produces here and what is acceptable to the government are miles apart – they’re not even remotely close. Some of it is accepted grudgingly on diplomatic grounds or expediency, but that doesn’t mean the government approves of its existence. The two groups seem to be poles apart; they have nothing whatsoever in common.

Does this mean that nothing can be done to promote our country? Of course not. Progress is possible if the creative industries we’ve been talking about can get involved on their own. I’m referring to social players and particularly those with the power of production. Turkish Airlines is a good example of what I mean. For years, I had wondered why no money was spent to showcase aspects of Turkey on the international stage in magazines like Time, Newsweek, or Vanity Fair, TV channels in America or France, or even on billboards. Then Turkish Airlines did it, which shows it’s possible to move forward if government officials can be convinced of the added value. This suggests the gap between government and the public can be bridged to a degree, provided players in cultural production act in solidarity with one another to create a critical mass. It’s not something that can be achieved through the personal initiative or taste of trained diplomats and cultural attachés. This is state policy, and Turkey’s state policy does not appreciate, support or embrace cultural production. The state thinks it’s doing its job by using other elements to help with cultural promotion, when in fact it needs to explore different methods to promote our cultural treasure abroad. 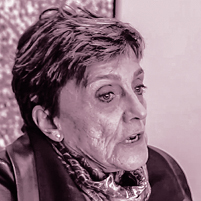 It has happened to a modest degree in cinema and music. Many musicians from Turkey, such as pianist and composer Fazıl Say and flautist Şefika Kutluer, are celebrated abroad. 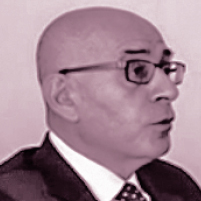 The state will never be able to tackle this matter until it regards cultural production as an export item and an asset with the potential to shape our country’s image. If I were to go now and tell officials that I wanted to open exhibitions of Ottoman art here and there, I’d get funding, but if I were to say I wanted to present contemporary theater or art, I wouldn’t. There’s an irreconcilable and insurmountable chasm. You might get ministerial approval, but then move on to the prime minister’s office, where a bureaucrat tells you to drop it. I have first-hand experience of this situation from my time as a consultant at the Ministry of Culture between 1991 and 1995. And I was in a reasonably influential position, too. Change can only come about once the cultural mindset of the entire Turkish state changes. 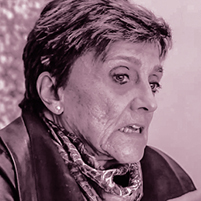 That’s precisely what I wanted to say. But there’s one thing we haven’t mentioned at all, and I think it will soon dominate the cultural milieu: digital and social media. It may not have developed fully in Turkey as of yet, but all the same, it’s how young people communicate, listen to music, share their troubles, and criticize and even create art. They make videos, play games – for better or worse – and learn things. This could become an area of freedom and creativity, an area of learning. Or it could come under the control of the state and see its liberties curtailed. This is an area that I think should be examined; it’s where the big games are going to be played out. 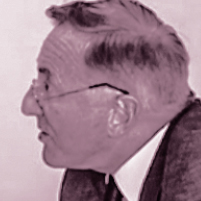 Thank you very much for this highly productive conversation.